This post may contain affiliate links so we may receive compensation if you sign up for or purchase products linked to below. As an Amazon Associate, I can earn from qualifying purchases. Read our disclosure for more information.

Summer is coming, and so it’s time to learn how to store snowboard. With increasing temperature, you might have kept your snowboard somewhere you left them after the last ride from the mountain, maybe still covered with pine needles, a thin film of mud, and dried IPA. Now, you have to think of what to do with your snowboard in the upcoming summer in a few days or weeks. The best decision is to store your snowboard in the most effective way for use in the next winter. 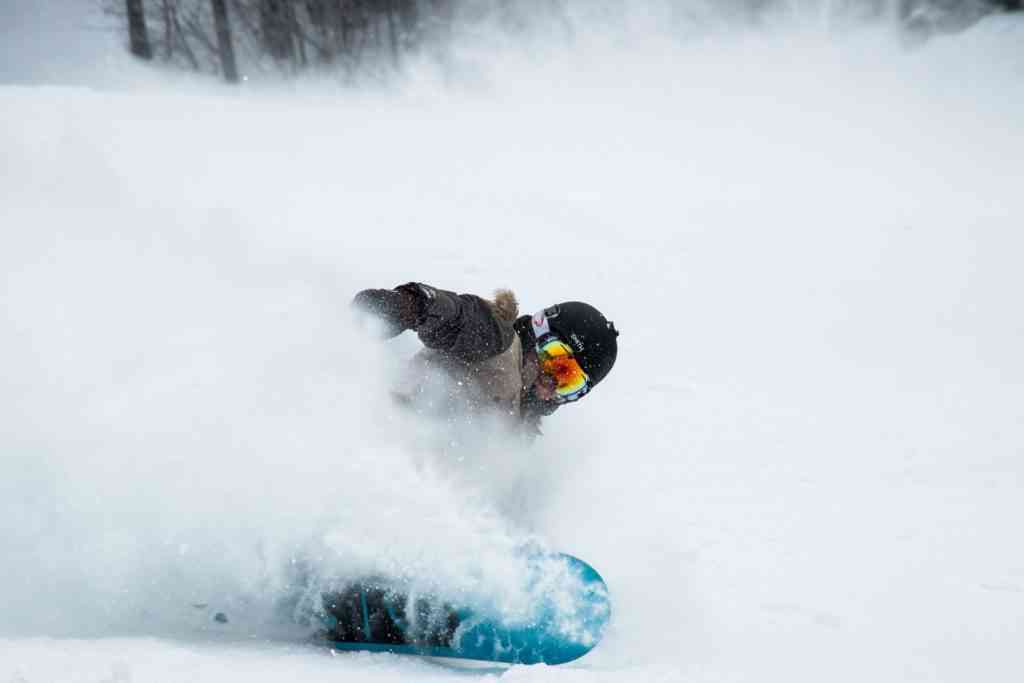 If you simply leave them in your garage and deal with them when the winter arrives again, you will be tampering with their luster, functionality, and effectiveness for future use. Your snowboard deserves better than that, and this is where your search to know the best ways on how to store snowboard should start. You must start by cleaning and preparing them for the summer, and they’ll be all set to go when the winter arrives. You won’t have to worry about the steps as we have covered every crucial step along with tips to store and keep your snowboard in the best condition.

First, you have to clean your snowboard, usually with the help of a towel and a garden hose. You have to get rid of all the salt, dirt, dog poop, road grime, and pine needles from the snowboard before storing them. You must spray everything down precisely without forcing the water into the snowboard bindings, if possible. However, you must not use any kind of detergent or degreasers as they could potentially affect the snowboard binding lubricant. If you find any spring pollen or buildup grease, typically exhibited as a thick fluffy black or grey plateau stuck to the snowboard base, you can use a clean cloth submerged in a little amount of citrus solvent.

Check For The Edges

You must check for the snowboard edges before storing them. You have to sharpen the edges, or the least you must do is alleviate the most evident scratches or burrs to lower the chances of rust and leave minimal work for yourself next winter. You must have your shop perform a base grind and fix any damage on the base or edge that you may have incurred this winter. Snowboard shops have plenty of time after the winter to fix your issues, but if you leave this issue for the snow to fall, you will end up with either poor quality or no service at all.

Although it’s crucial to get every single piece of your snowboard gear in your inventory, your snowboard seeks the greatest attention as it’s the ultimate gear for snowboarding. Before you jump into the tuning and waxing of the snowboard, you must take off the bindings to ensure an easy, accessible, and spacious surface to work on.

Pro Tip: You must keep track of the screws. It’s best to keep them in a ziplock bag and attach it to your snowboard for safety in storage.

Use A Tuning Kit To Tune Your Snowboard

At the time of shredding the snow to reach beneath the mountain, your snowboard never leaves your side. Similarly, you must not leave its side during the summertime by leaving it rusty. This is why tuning the snowboard during its downtime, as well as ensuring frequent inspections during the snowboarding season, will ensure the best condition of your board.

Here, you’ll need a snowboard tuning kit and what you won’t need is any sort of guesswork. Now, you must inspect your snowboard to see if there are any burrs or gouges, which are responsible for causing drag while slowing you down on the snow. If your snowboard’s core is exposed due to a few major holes, you may have to hand over that sort of repair to an expert at a snowboard store.

You can use a P-tex candle to fill any sort of small scrapes on your snowboard easily. You have to simply clean the area, melt the candle into the burr or gouge, and once it cools down, sweep off the excess. If you find the edges of your snowboard to be a little rusty, you can smoothen them out with a diamond stone and use a gummy stone for finishing and polishing the edges. This will help you prevent rust in your snowboard tracks and ensure a new feeling from your board.

Wax The Bases of Your Snowboard

When you enter the step to wax the bases of your snowboard, consider yourself halfway close to learning how to store snowboard. Apart from tuning the snowboard, waxing it will make sure that nothing will go wrong while you tuck the board away for final storage. You must know how to wax your snowboard properly to get rid of the issues like rusting, dryness, and delamination.

Apart from the importance of regular waxing in the winter, you must wax it before storing it for the summer too. To protect the bases from oxidation, you have to hot-wax the board bases with a softer warm-weather or all-temperature wax. You must wax it gently while ensuring to cover the edges as it will keep the rust away.

However, you must remember not to scrape the wax off. Leaving the wax on adds a protective layer of coating. You have to remove the wax the next time you plan snowboarding simply. Moreover, if you have bought a tuning kit, you will get the necessary items for waxing in it.

Although you’ll find several ways to store your snowboard, such as storing them horizontally, vertically, or suspended in the air, the only option you must avoid is deciding to toss it underneath your bed or garage until the snow starts falling again.

Camber, the mid-part of the snowboard that bends a little, can get misplaced or lost from your snowboard if you decide to store them over a hard surface for a long time. So, you must either hang them, lay them on a carpeted area, stack them, or zip them up in your snowboard bag. If you have trouble finding space, you can install a snowboard/skateboard rack on your wall. On the other hand, you can store the snowboard using your cloth rack and hanging shelves.

You can also choose to buy a snowboarding gear storage rack from the internet as they are compact and cost less, ensuring plenty of space for storage. Now, coming to the desired climate where the snowboard needs to be stored, several snowboard store owners recommend a cool storage spot. This will help you alleviate stress about your board getting wrecked from direct sunlight or the board’s camber from getting ruined.

A few snowboard users tend to back off the tension on their snowboard binding springs to ensure they won’t stay compressed all summer. You must loosen these springs to the available DIN scale’s lower end, but not entirely. Moreover, if you find too much trouble in fixing your snowboard before storage, you must go for repair in the snowboard shop.

Tips To Store Your Snowboard 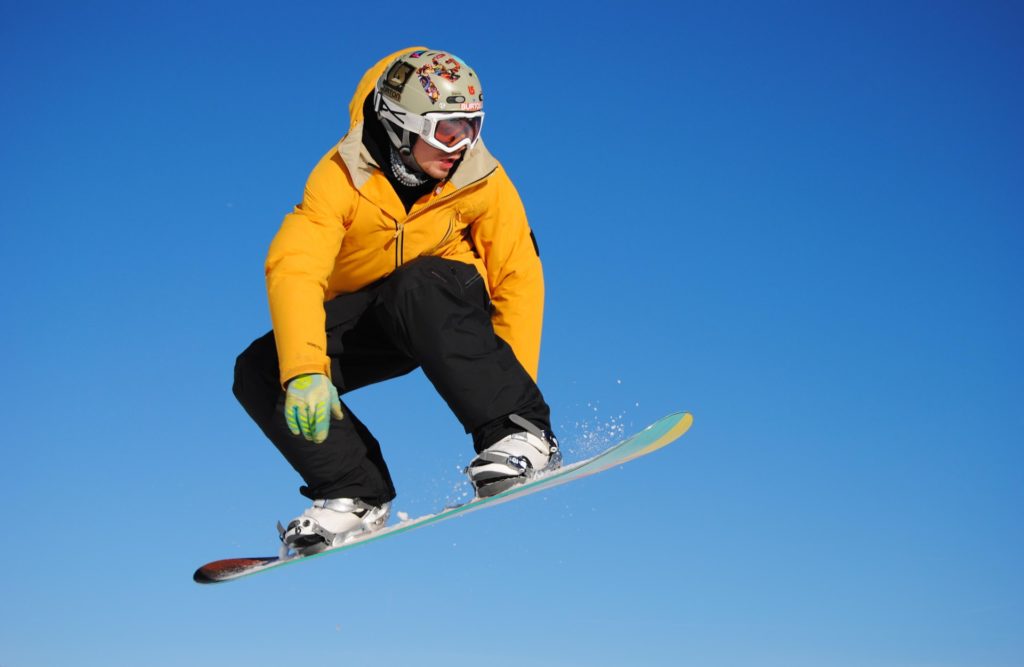 So, from this step-by-guide, you must have understood that knowing how to store a snowboard is no rocket science. However, you must make the best use of this guide to ensure that your snowboard has a smooth rest over the summer, which will, in turn, save you time, and even money for the long run. So, when the winter arrives again, you’ll be all set with your pristine board that’s ready to rip off the snow.

This site uses Akismet to reduce spam. Learn how your comment data is processed.

If you are looking to make a great choice. GUIDESMAG team spending hours researching and testing to recommend products. All our suggestions based on our experiences and we hope the same for our readers

Guidesmag.com is a participant in the Amazon Services LLC Associates Program, and we get a commission on purchases made through our links.