This post may contain affiliate links so we may receive compensation if you sign up for or purchase products linked to below. As an Amazon Associate, I can earn from qualifying purchases. Read our disclosure for more information.

If you’re growing cannabis indoors, then grow lights can make a very big difference to the size and quality of your buds. In fact, grow lights are one of the most important and deciding factors of hydroponic cannabis cultivation. Here, we have compiled a side-by-side and feature comparison of the two best-known brands of grow lights – Mars Hydro and Viparspectra. If you want to know how the Viparspectra vs Mars Hydro showdown ends, then we would suggest you keep reading! 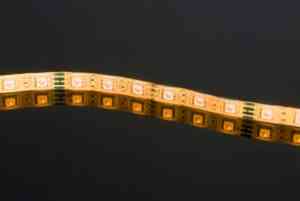 To make things easier for you, we have compiled a feature by feature comparison of the two brands. In this comparison, we have included features that we feel are most important – especially when choosing between different types of grow lights. If you want to know who wins Viparspectra vs Mars Hydro, then you have to go through the comparisons closely.

To improve the health, yield, and overall production values of your cannabis plants, you’ll need a full spectrum light set. In fact, the plants require different spectrums of light during different stages of their life cycle. For the flowering stage of the plants, red radiation (620-700 nm) is the best option for you. For the vegetative state, blue radiation (400-500 nm) is ideal.

Viparspectra LEDs are designed to provide consistent lighting to the plants at all stages of the life cycle – starting from cloning and ending at outgrowth. They’re full-spectrum lights equipped with 12 different settings, which you can customize yourself. The reflector design of these can improve output by 50%.

Just like its competitor, the Mars Hydro is designed to accompany the plants through each and every stage of its life cycle. They have a set of nm-specific LED lights, with wavelengths ranging between 450 nm and 650 nm. This is perfect for growing large and high-quality buds.

Power efficiency is a very important consideration that you need to make, especially if your nursery is large in size. You can lose a huge amount of money in the form of power bills if you don’t use lights with good power ratings. The lifespan of the lights you use is also important, as constant and frequent replacements are a very bad idea.

The power efficiency of the best Viparspectra products is decent. This is mainly because of the large size. For example, the Viparspectra Reflector 900 and 1200 each have a power rating of 418W and 524W respectively. Their lamp lifetime, however, is more than 100,000 hours.

When it comes to overall power efficiency, the Mars Hydro lights do way better than their main competitors. The Mars II 1200 has a drawing power of only 320W, compared to the 524W of the Viparspectra Reflector 1200. The Mars II 1600 has a rating of only 430W.

Next, it’s a good idea to take a look at the overall design and customizability of the two brands. In this contest, there is a clear winner – it’s Viparspectra. The lights made by this brand are of 2 types – the Reflector series and the Dimmable series. For hardcore cannabis growers, the dimmable function will be very useful, especially while working with large quantities.

Viparspectra has two kinds of lights – Reflector and Dimmable. The latter is a type of product that enables users to control the RWB spectrum of light. You will be able to provide your precious plants with the precise spectrum that they need during all stages of their growth. They also have the normal Reflector series of LED lights.

Mars Hydro doesn’t have any dimmable lights, they only have a series of lights in the Reflector series. These are high-quality and affordable lights, but they are not as versatile and well-designed as the Viparspectra Dimmable series.

When choosing a LED light set for cannabis plants, the maximum coverage available is a major factor. The needs actually vary from person to person in this case. If you have a growing area of 20 square inches or less, then you should get a 2’ x 2’ coverage lamp. For more, you might want to get something with larger coverage.

All of the LED lamps in the Viparspectra series are built to provide growers with the coverage that they need. From the smallest Reflector Series 300W to the giant Dimmable Series PAR1200, each and every LED model produced by them is equipped to handle growing areas of different sizes.

There’s actually not a lot of difference between Mars Hydro & Viparspectra in this regard. All of the products in their line are equipped to handle different coverage areas. The Mars Pro and Mars Hydro Reflector series are all great choices, especially when you have a large growing area.

Photosynthetic Active Radiation or PAR, is a unit using which photosynthetic radiation for plants lying between 400 and 700 nm can be measured. The higher the PAR value of the light, the better it is for application as a grow light for cannabis. Here’s an explanation as to how the grow lights of the two brands face off against one another.

We would also recommend you to look into the cooling mechanisms and efficiency of the lights that you buy. Your grow light shouldn’t clutter up your growing area and give you discomfort. As a result, it’s a pretty good idea to look into the built-in cooling systems of the lights. Let’s take a look at how they handle the heat dissipation system.

The high-end models of Viparspectra, such as Dimmable Series PAR1200 and the Reflector 1200 all come with an advanced heat dissipation system. They have cooling fans built into the body of the lights. The design of the lights is such that any heat generated inside is dissipated almost instantly.

The high-end models of Mars Hydro, such as the Reflector 900 & 1200 all have a well-designed heat sink system as well. The body of the lights and the heat sink is made of an alloy that allows for faster and more efficient heat dissipation, especially during busy seasons.

Last but not least, we have also tried to compare the affordability and pocket pinch of the two brands. It’s very important not to overspend on your investments, especially if you’re growing cannabis for your dispensary business. The best way to do that is to know your needs, and then to select a high-end model which will do the job just perfectly.

Comparing their high-end models to the Mars Hydro series, it is clear that Viparspectra will be more of a pocket pinch. This is especially true if you decide to invest in one of the models from their dimmable series. However, their lights are an excellent and long-term investment too.

For beginners who want to plant hydroponic cannabis for leisure or fun, the low-end models of the Mars Hydro Reflector series are a great idea. They’re significantly cheaper and they also provide a good PAR output. Also, their power efficiency is much better than Viparspectra’s low-end LED models.

Q: Are Viparspectra lights any good?

Yes, Viparspectra lights are a fantastic choice for expert growers who know exactly what kind of radiation they want their plants to get. In fact, the Viparspectra Dimmable PAR900 and PAR1200 are perfect for highly experienced growers who have the means to pay some more.

Yes, Mars Hydro is one of the first and foremost brands in the industry of cannabis glow lights. Their lights have very low power consumption and they also deliver a healthy PAR output. For beginners and mid-range users, their LEDs are a great choice.

Q: What is the best LED grow light for the money?

If you have the cash to spare, then we would recommend you to pick the Viparspectra Dimmable PAR1200 lights. They have a great PAR output and they’ll also be able to provide you with a full spectrum, along with dimmable functions.

No, the diodes and SMD chips used by Mars Hydro grow lights are supplied by Epistar. They are a Taiwanese producer of diodes and make some of the most reliable industrial LED SMDs in the industry. The Mars Hydro 3000, however, uses Samsung LEDs.

Q: What grow lights do professional growers use?

Most professional growers actually use high-pressure Sodium (HPS) or metal halide (MH) lights for their plants. However, over the past few years, they have all been making the shift to LED lamps because of their reliability, cost-effectiveness, better performance, and long lamp lifetime.

Q: Which Mars Hydro lamp is the best?

The best and most high-end models made by Mars Hydro are the COB 100W, TSL 2000, TSL 3000, Reflector 1200W, and SP-3000 lights. These are mostly used by professional growers as they can provide very high-quality light, rich with PAR output.

Q: Which Viparspectra grow light is the best?

The Spectrum and Dimmable series of the Viparspectra brand are undeniably the best LED grow lights that they manufacture. We are huge fans of the Dimmable PAR900 and PAR1200 model, which comes with a dimmable function. They’re the best choice for experienced growers.

Q: Do grow lights get hot?

Yes, grow lights can get hot, especially since they need to run continuously over a period of weeks and months. This is why Mars Hydro and Viparspectra have built-in heat sinks and heat dissipation systems. They help in cooling the lights down and preventing discomfort.

There are a bunch of LED brands in the business, but Mars Hydro and Viparspectra are two of the most recognizable and reputed brands in the industry. It can be said that these two make the best and most high-quality grow lights.

Q: What is the best wavelength for flowering and vegetative?

In the vegetative state, the plants need to be given a light that falls within the blue part of the spectrum. In other words, the wavelength lies between 400-500 nm. For flowering purposes, red light (620-700 nm) is the best option. 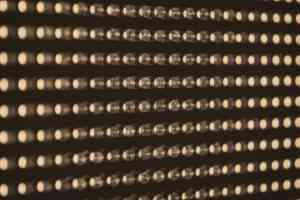 This has been the most in-depth comparison that you can find between the two brands of grow lights. If you want to set up a nice and bountiful cannabis nursery, then you need to figure out your needs. In fact, we have an answer to the winner of the Viparspectra vs Mars Hydro battle. Viparspectra lights are the perfect choice for experienced growers who want to spruce up their nursery. On the other hand, Mars Hydro lights are perfect for newbies and mid-range growers who want something cheap and reliable.

This site uses Akismet to reduce spam. Learn how your comment data is processed.

If you are looking to make a great choice. GUIDESMAG team spending hours researching and testing to recommend products. All our suggestions based on our experiences and we hope the same for our readers

Guidesmag.com is a participant in the Amazon Services LLC Associates Program, and we get a commission on purchases made through our links.